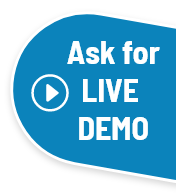 “Our new equipment addresses the crucial step of chip sorting for the new generation of magnetic sensors tested at wafer-level, under high field intensity, and on a large area coverage. It offers fully controllable 3D static and variable magnetic field capability allowing the use of a single platform to test different types of products,” said Siamak Salimy, founder and CTO of Hprobe. “This is key for our customers and a major milestone for the industry as evidenced by orders already received from a number of major sensor manufacturers,” he added.

Magnetic sensors are used for various automotive and industrial applications to sense physical parameters using a magnetic field and to transmit an electrical response for further process. To validate products for end applications, it is required to test the magnetic sensors under a magnetic field. The outcome of the measurement is data related to the motion of a part or sensing of a current flowing. The sensors are used to extract positioning, angular, strength, and direction information.

The new Hprobe equipment consists of a test head with a robotized 3D magnetic generator, which includes a field calibration and monitoring system. It is built for interfacing with an already available electrical tester or provided with a full tester as a turnkey solution. It comes with dedicated software for customers to implement their own tests and to generate a custom 3D magnetic field pattern. A wide range of field configurations is available.

About Hprobe: Founded in March 2017 and based in Grenoble (France), Hprobe is a spin-off company of SPINTEC (one of the leading spintronics research laboratories worldwide). The company designs, manufactures, and markets equipment for wafer-level testing of magnetic devices in the semiconductor industry, which serves consumer, communication, industrial and automotive customers.